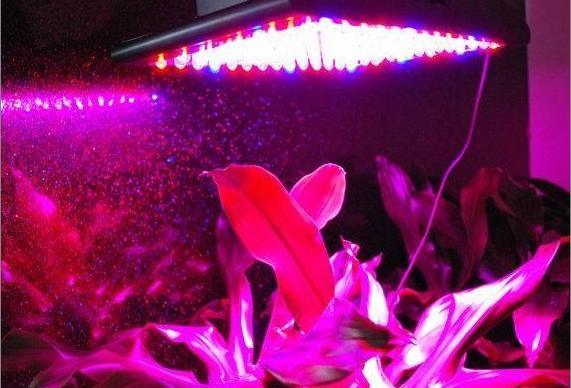 
Farmers, however, are beginning to see the benefits of LED grow light as an alternative to high pressure sodium (HPS) lighting in greenhouses because of its energy efficiency. A recent study provides some insight into the feasibility of using LED lighting for greenhouse tomatoes.

Michael Dzakovich, Celina Gomez and Cary Mitchell, from the Department of Agriculture and Landscape Architecture at Purdue University in the US, published their findings in HortScience. They point to the emergence of LED lighting as an alternative to high pressure sodium lamps. "There has been considerable curiosity about the effects of phytochemicals and olfactory levels on high-value greenhouse crops that use LED lights as light sources," they note. However, there has been very little research to date on how fruit plants exposed to LED light for long periods of time grow into ripe tomatoes."

The study also involved inviting teams of tasters to rank the color, acidity and sweetness of the tomatoes, using measuring instruments. Tasters must also evaluate the tomatoes for color, aroma, tactility, sweetness, acidity, aftertaste and overall feel. "After incorporating the biochemistry and actual tasting data, we can determine whether the data endorsed by the physical chemistry also reflects consumers' perceptions of tomato quality."

The study showed that the quality of the greenhouse tomatoes was not affected by the presence or lack of auxiliary lighting, and the physical and chemical measurements revealed only small differences between the different control groups, and the tasters confirmed that these differences were too small to be discernible.

The researchers say the findings have positive implications for farmers who want to introduce greenhouse LED lighting. "The intensity and wavelength of the LED-assisted light source did not have any negative effect on the quality of the greenhouse tomato results and showed that the LED-assisted light source is suitable as an alternative light source for HPS lamps with overheating problems."
previous：Is LED Grow Light Harmful To Human Body, Especially Eyes? next：Can Grow Light Have The Effect Really?