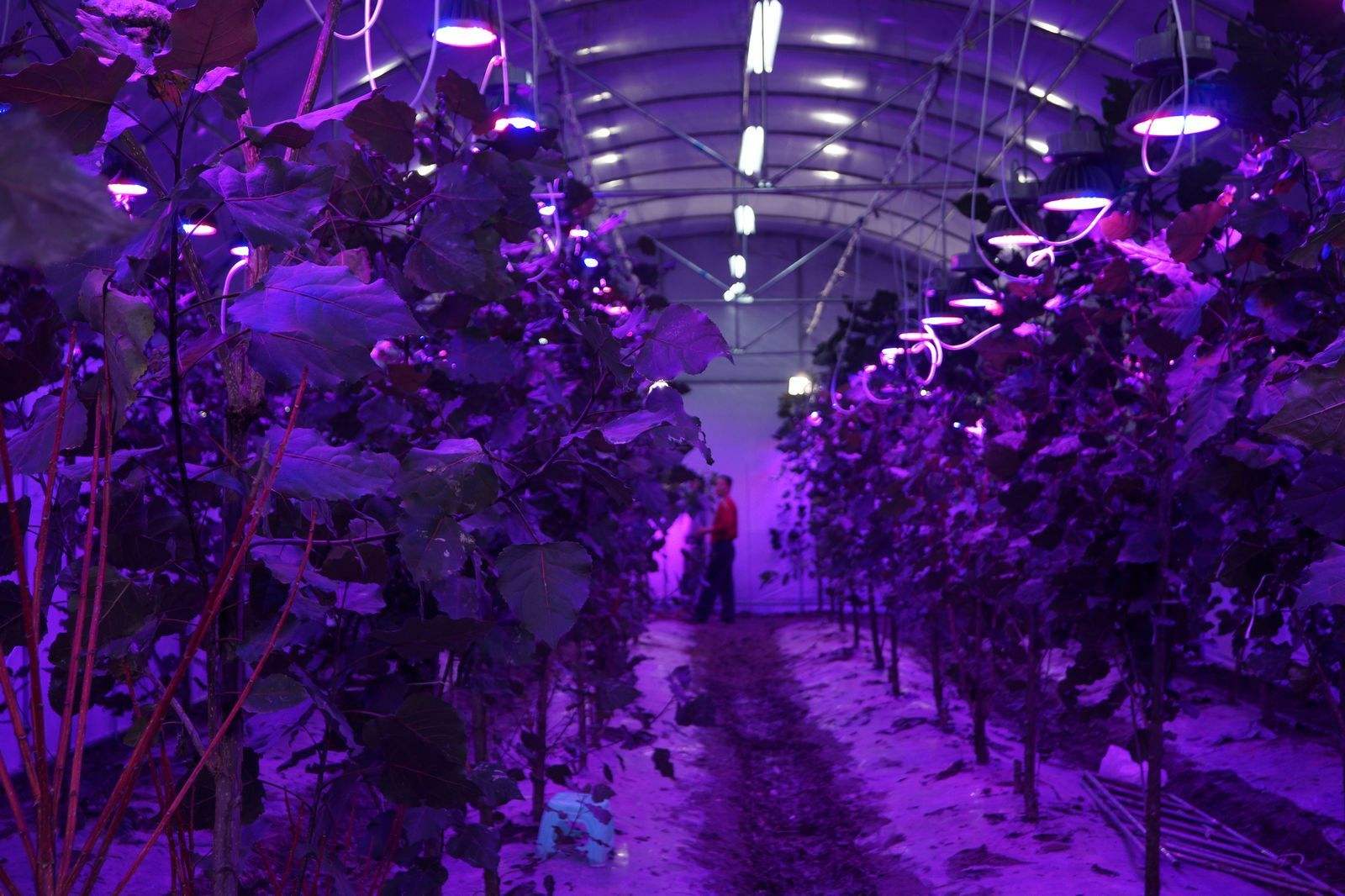 Light environment is one of the important physical environmental factors indispensable to plant growth and development. Controlling plant morphogenesis through light quality regulation is an important technology in the field of protected culture.

LED grow light is based on LED (light-emitting diode) as the light source. According to the growth law of plants, sunlight must be needed. It is a kind of lamp that replaces sunlight to plant growth and development environment with light.

LED plant lamp helps shorten the growth cycle of plants, because the light source of this lamp is mainly composed of red and blue light sources, using the most sensitive light band of plants, red wavelengths using 620-630nm and 640-660nm, blue wavelengths using 450-460nm and 460-470nm. In the process of plant growth, the differentiation of multiple lateral branches and buds can be promoted, the growth of roots, stems and leaves can be accelerated, the synthesis of carbohydrates and vitamins can be accelerated, and the growth cycle can be shortened.

280-315nm -- > is ultraviolet light, which can directly suppress the growth of all kinds of animals, plants and even fungi, and has little effect on the morphology and physiological process.
315-400nm -- > is also a kind of far-ultraviolet light, although there is no UV damage to plants, because it has no direct effect on plant growth, less chlorophyll absorption, affects photopyroid effect and prevents stem elongation.
400-520nm (blue) -- > can directly promote the development of plant roots and stems, with the largest absorption ratio of chlorophyll and carotenoids and the greatest influence on photosynthesis.
520~610nm (green) -- > green plant repellent push, green pigment absorption rate is not high.

610~720nm (red) - > plants is not high, but this wavelength has a significant effect on photosynthesis and plant growth rate.

720~1000nm -- > is an infrared wavelength, which has a low absorption rate for plants and can directly stimulate cell extension, which will affect flowering and seed germination.
> 1000nm -- > has been close to the wavelength of laser light that has been converted into heat.

From the above plant and spectral data, light of each wavelength has different influences on plant photosynthesis. Among the light required by plants for photosynthesis, 400 ~ 520nm (blue) and 610 ~ 720nm (red) contribute the most to photosynthesis, while 520 ~ 610nm (green), The ratio of power to plant growth is very low.

If, in accordance with the above principle of plants for only 400 ~ 520 nm (blue) and 610 ~ 720 nm (red), the spectrum have direct help growth effect, so the academic concept of plant lights are made combination of red, blue, blue, red all three forms, to provide two wavelengths of light red, blue, used to cover the plant photosynthesis required wavelength range.

In terms of visual effect, the combination of red and blue LED grow light appears pink. This kind of mixed light color is extremely uncomfortable for bioluminescence. However, its appearance can only be limited by its practicality, and its practicality is mainly chosen.

General white LED lamp beads, the most common is the use of blue core, stimulate yellow phosphor light, resulting in a composite visual white light effect. In the energy distribution of the integrating sphere test report, there are two peaks in the blue region at 445nm and the yellow-green region at 550nm.


However, the red light of 610 ~ 720nm required by plants is too small to provide the necessary light and energy for the plants to function. This explains why, under the light of white LEDs, plants don't grow as fast and harvest as they would if they were grown outdoors.

When the LED grow light is planted in the plant, the height of the general distance from the leaf is about 30-50 cm, which still needs to be given different light intensity according to the kind of plant planted in the middle, adjusting the height is generally regarded as the most convenient way to adjust the brightness.

Industry insiders explain that the layer frame of large plant factories is equipped with plant special LED lights, which are different from the general LED spectrum. In order to cooperate with photosynthesis, the plant lamp spectrum is biased to blue and red light, and according to different personal needs, it can also be adjusted to cold and warm white light, with the remote control of mobile phone APP, which is very convenient to operate. The plant is equipped with a water circulation system and can grow more than 100 kinds of plants after testing, which is suitable for mass production, the industry said. In addition to household use, plant factories generally have two ways to make money. One is the mass production of leafy vegetables, such as cabbage, green cabbage, lettuce and other cruciferous plants; Second, it is difficult to plant ginseng, Angora camphorata and other crops with high economic value. As long as the use of specific LED spectrum and control system, we can cultivate seasonal crops with harsh growth conditions.

With the extensive development of the LED industry, LED enterprises are also constantly looking for new ways to develop, LED plant growth lamp is no doubt to give LED enterprises a chance to rebirth, but although the prospect of plant growth lamp is promising, the development of plant factories is still facing some "bottlenecks". For example, the early investment is too large. An artificial light plant factory with a daily output of 1000 lettuce plants generally needs a relatively high early investment. Even with a 50% government subsidy, it usually takes 5-7 years to turn a profit. In addition, the planting technology in the era of factory agriculture is still to be mature, and the related quality control and logistics sales mode are also being explored.