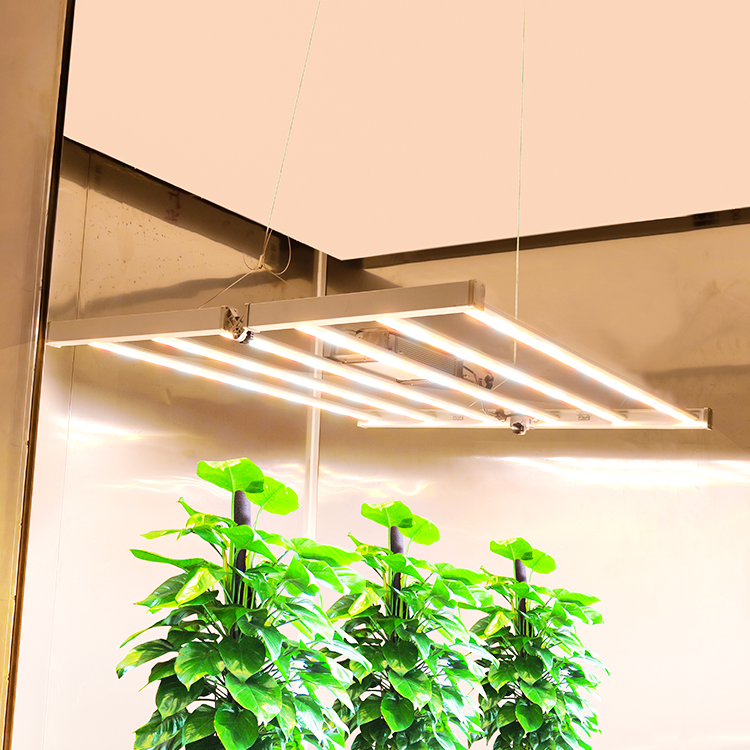 1. It can be used as supplementary illumination for plant photosynthesis when the amount of sunshine is less or the sunshine time is short;

2. Induction illumination as photoperiod and photomorphogenesis of plants.

(1)Traditional artificial light source generates too much heat. If LED is used for supplementary lighting and hydroponic system, air can be recycled, excessive heat and water can be removed, and electric energy can be effectively converted into effective photosynthetic radiation, and finally converted into plant matter. The research shows that the growth rate and photosynthetic rate of lettuce can be increased by more than 20% by using LED lighting, and it is feasible to use LED in plant factory.

The results showed that, compared with the fluorescent lamp, the mixed wavelength LED light can significantly promote the growth and development of spinach, radish and lettuce, and improve the morphological indexes. It can maximize the bioaccumulation of beet, betaine accumulation is the most significant in hair roots, and sugar and starch accumulation is the highest in hair roots. Compared with the metal halide lamp, the anatomical morphology of the stems and leaves of the pepper and Perilla plants growing under the corresponding wavelength LED changed significantly, and the photosynthetic rate of the plants increased with the increase of optical density. The combined wavelength LED could lead to the increase of stomatal number in both marigold and sage.